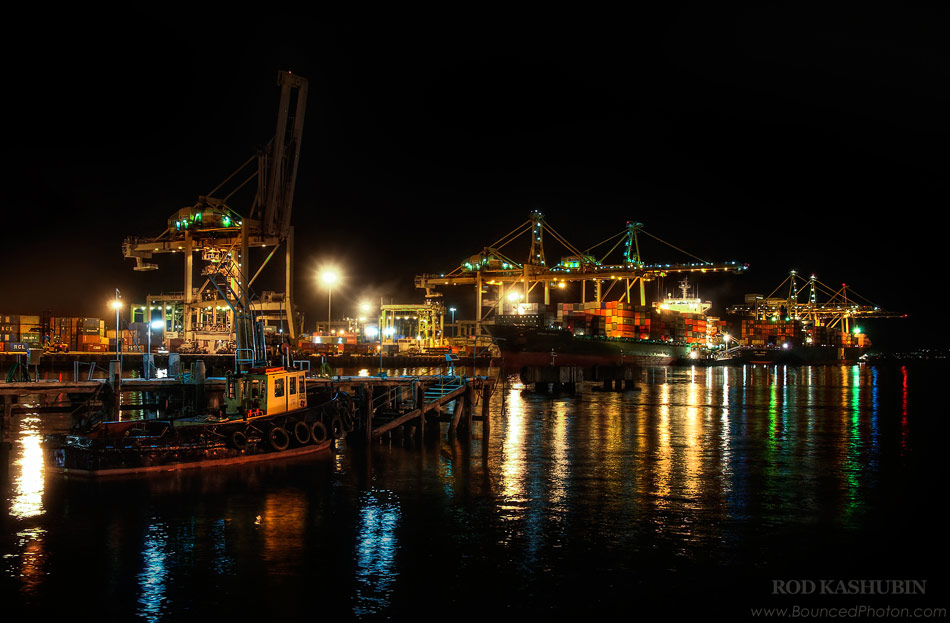 More than two centuries ago this place was named Sting Ray Harbour by Captain James Cook who just landed here in New Holland and caught few sting rays after a Sunday fishing trip. Renamed to Botany Bay later it is now a place of the major port in Australia, Port Botany. A number of berths for container ships and bulk liquid carriers allows for handling of around 10 million tons of various imports and exports in a year. 10 mil. tonnes that`s about 256 Sydney Harbour Bridges exported. If you are still wondering why did I say New Holland, that was the name of the continent at the time. Common for 180 years it was changed to Australia in 1824.

For this picture I made a number of photographs from the tripod with different exposures and a hope that it might merge into a HDR. However, as there were many moving subjects (e.g. ship, water) it proved to be more rewarding to use the single RAW and tonemap it lightly. Numerous lights around the port created thick yellow tone on everything, so I have to reduce the color cast a bit and also enhance the contrast of some areas. 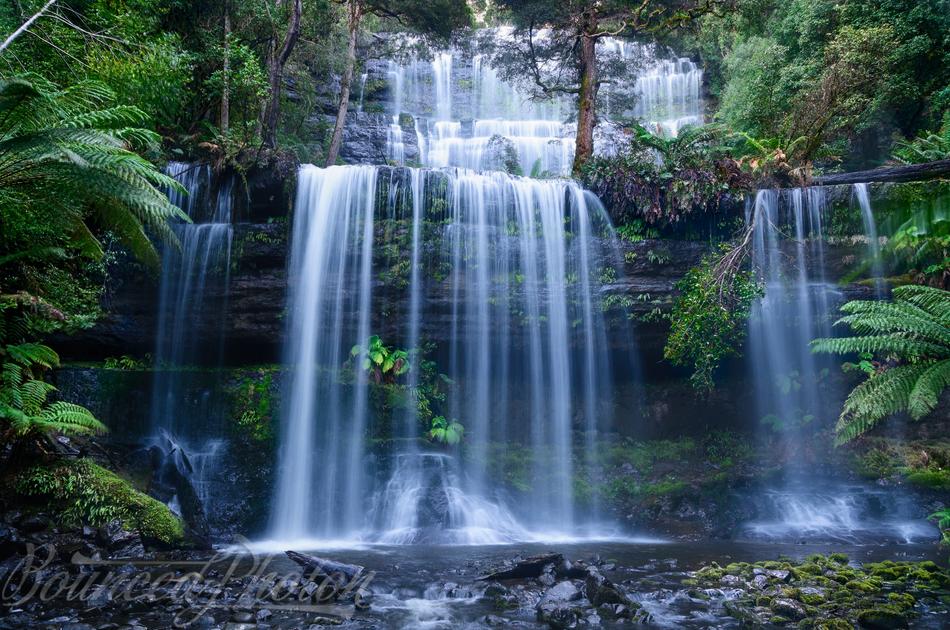 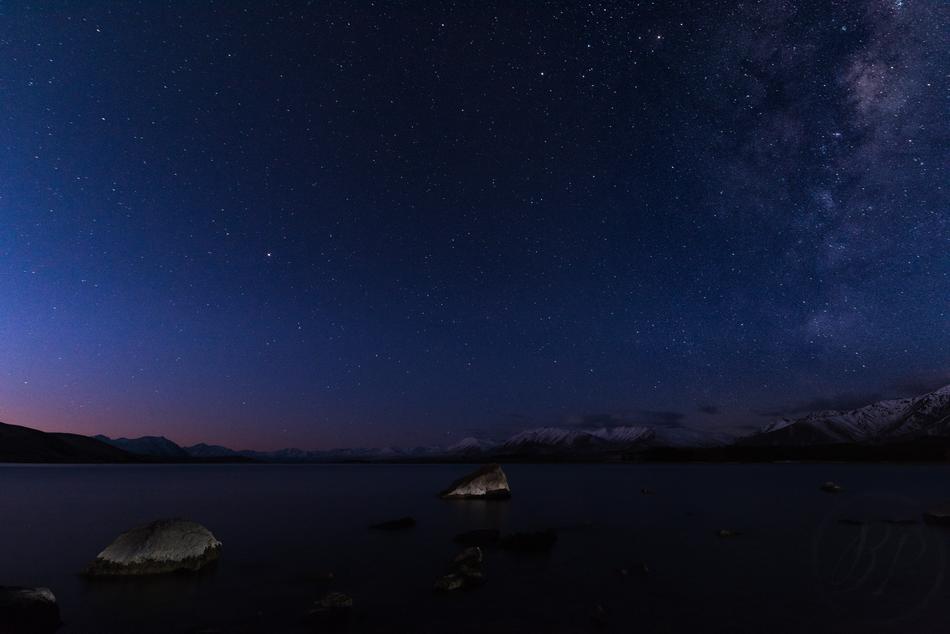 You did a great job on this one. It’s difficult to get good color tones on night shots, and don’t even talk about the contrast, which gets out of control so easily! Everything here looks just in place. The subtle colors of the containers in the back and on the light reflections, the dimmed light bringing detail on the front boat… It’s a beautiful image!