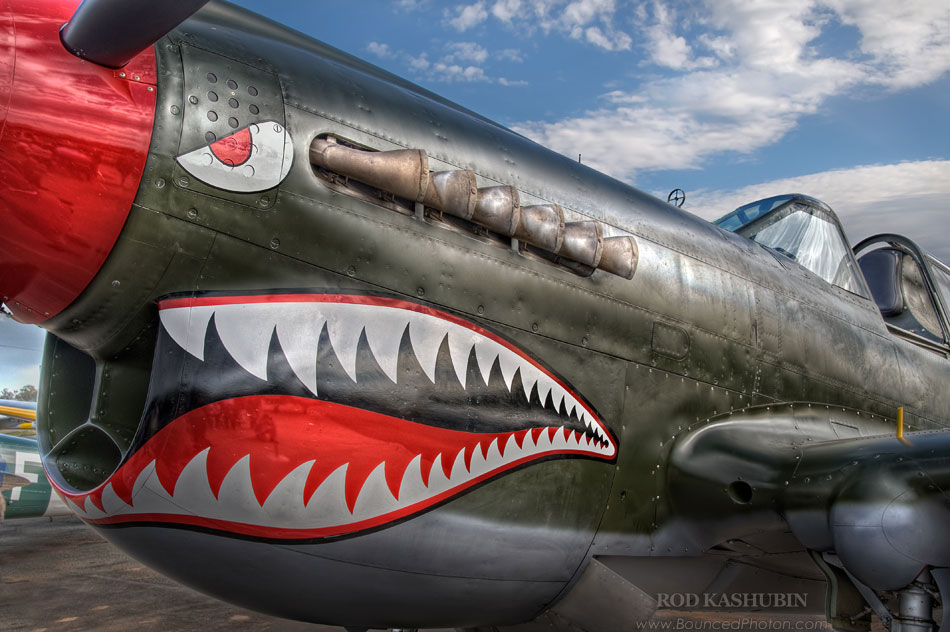 Curtiss P-40 Kittyhawk on display with a smile after a day of aerobatics at Temora Aviation Museum.

P-40 is all-metal fighter and ground attack aircraft designed in US and used in 28 nations during the World War II. It was the main fighter aircraft used by the Royal Australian and New Zealand Air Forces.

This particular one was assembled in 1st Aircraft Depot at Hobsonville, New Zealand in June 1943 and assigned to 2nd Operational Training Unit. After the war it did escape the fate of being scrapped and was eventually bought by Allan Arthur. It took 8 years to fully restore the aircraft and I was lucky enough to see its amazing display that day at Temora. Only 19 of them remain airworthy out of 13,738 built.

This is a tone-mapped HDR from 3 RAW files shot handheld with my Nikon D90. 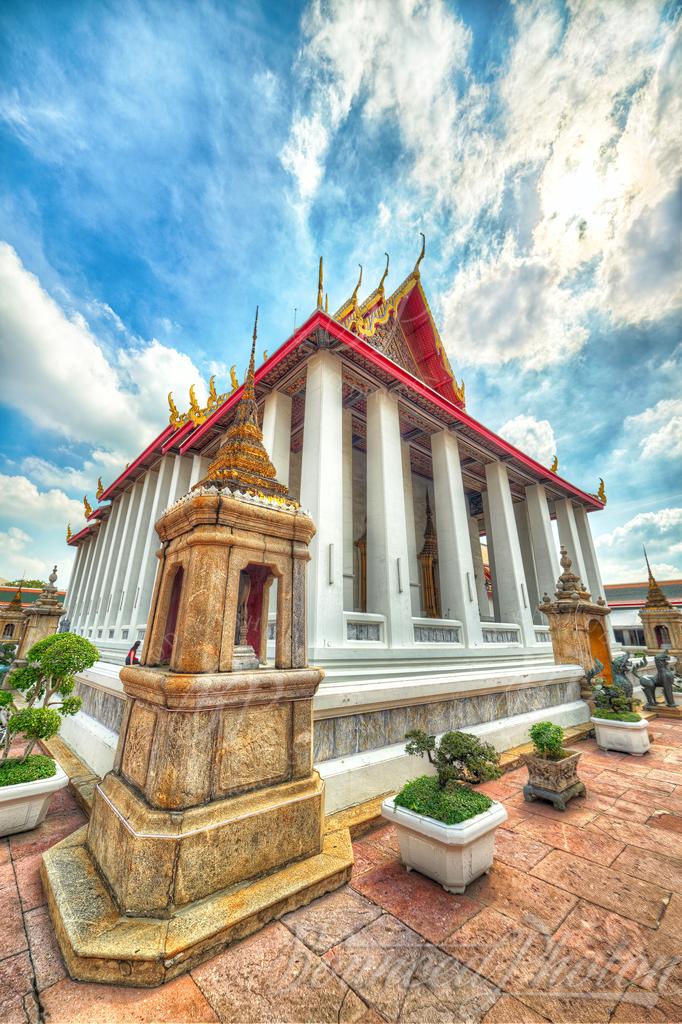 Fantastic detail. And I mean it, detail is exploding all over the place. It makes me want to give HDR a serious try. Do you mind providing a little more bit detail of how did you process your three bracketed images? Thanks!

Thank you Ariel. It is pretty easy to start. All you need is to have a good subject for HDR with a lot of details. Post processing includes merging 3 bracketed shots in hdr (raw works best, but jpeg is no problem), tone-mapping and saving result as 16-bit tiff, adjusting it for contrast and sharpness in graphics editor, reducing noise and saving result as a JPEG. Photomatix software is pretty popular as a HDR blender. So feel free to give it a try and to share your results.

nice details on this one.